Cast your minds back to 1993. Doom had just been released on the PC and completely transformed what people expected from their gaming hardware. The PC was not known as a gaming powerhouse at the time, yet in one fell swoop it had rendered current consoles obsolete. Many valiant attempts were made to port Doom to consoles of the time, ranging from the impressive Jaguar port to the foolhardy Snes incarnation but these efforts merely served to highlight the majesty of what was being achieved in the PC space. The console ports were ambitious, but a handheld port? Utter madness.

Fast-forward to 2017 and little has changed. The gap between PCs and consoles is narrower allowing for the excellent 2016 reboot of Doom to be a multiplatform release, but a handheld port still seems like nonsense. Yet, the hardworking folk at Panic Button have achieved the impossible with this excellent Switch rendition. 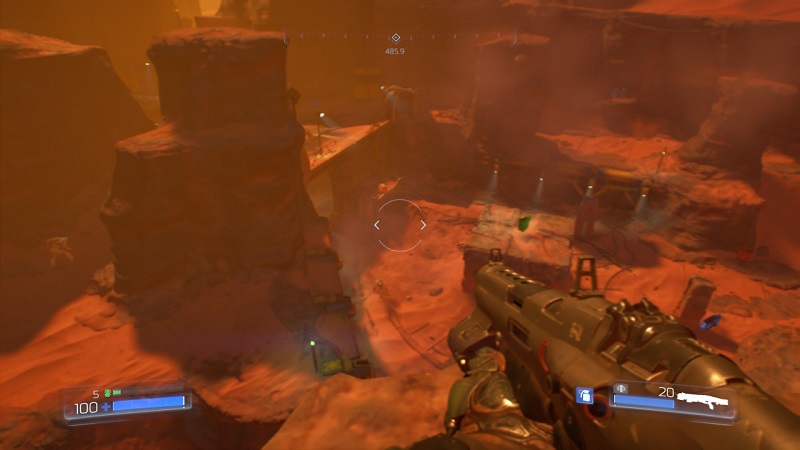 The Return of the King

This review is primarily going to focus on the merits and demerits of the port itself rather than repeat what has been said about this game since 2016, but it’s worth revisitng what this game achieved in gameplay terms. In essence, Doom is the antithesis of the modern shooter and proud of it. Not only does Doom eschew modern innovations such as cover and regenerating health, it actively punishes players for attempting to play this way. Try to hide from or sneak up upon an enemy and they will hunt you down and blow you to bits with a rocket launcher. This will be a massive adjustment to players of Call of Duty or Battlefield but revives the old style of shooter which actively avoided realism in favour of in-your-face action. You will be jumping around enemies, strafing and avoiding their rocket fire until they are finally slain. One new innovation that this game does add is the glory kill. When close to death, players can finish off monsters with a melee attack which drops health and ammo. This encourages players to get up-close and personal with their foes risk getting near to them for the goodies they may drop. Doom flies in the face of conventions found in modern shooters and shows just what has been lost over the years. 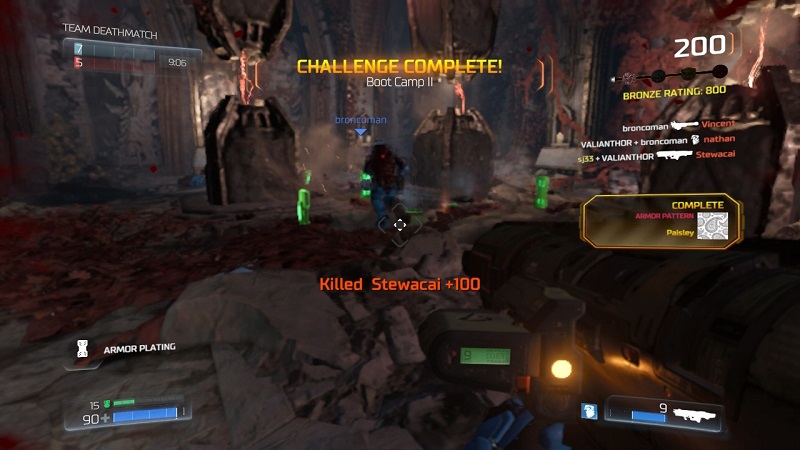 Much like its 1993 predecessor, Doom uses a state-of-the-art engine and this raised serious questions regarding the feasibility of porting this game to the Switch. How could id tech 6, an engine that causes even the PS4 Pro to drop frames in Wolfenstein 2, ever run on the Switch? What sacrifices would need to be made? After all, Snake Pass uses the current Unreal Engine 4 and takes a serious hit in graphical fidelity to run on the Switch despite being such a slow paced game. The good news is that sacrifices have not had to be made where it counts. The game is capped to 30fps which may be a concern for many players but is a good compromise given the hardware. The game sticks to this framerate the vast majority of the time resulting in an extremely smooth experience and allows Panic Button to maintain a high level of graphical fidelity that simply would not have been possible at 60fps. Graphical compromises have been made, but the overall integrity of the visuals has been retained and it still looks cracking. The game runs at a dynamic 720p resolution whether docked or undocked, but this port is intended for portable play and this is where the game comes into its own.

With Doom on Switch proven, the sky is the limit. Allow us to dream on 5 Games we want for the Nintendo Switch.

Blasting on the Go

The multiplayer portion of the game has been retained for the Switch release and is surprisingly competent. Panic Button would be forgiven for delivering a simplified implementation given the basic nature of Nintendo’s online infrastructure, but they have ried to maintain feature parity with its PC and console brethren. The port even allows players to invite people from their friend list, something that is not natively supported by Nintendo’s infrastructure and thus must be coded by the developers themselves. EA neglected to include this feature in FIFA 18 so Panic Button should be credited for going the extra mile. Doom’s multiplayer is much maligned and was criticised upon its original release, but really shines on the Switch where it doesn’t have competition. Being able to play an online multiplayer shooter on a portable is as mindblowing as it sounds, and thus there is plenty here to entertain Switch owners. It is an entertaining enough multiplayer game in the vein of classic shooters like Quake 3 or Unreal Tournament and while the levelling system and weapon loadout concept will irk purists of traditional shooters, it still plays a mean deathmatch. 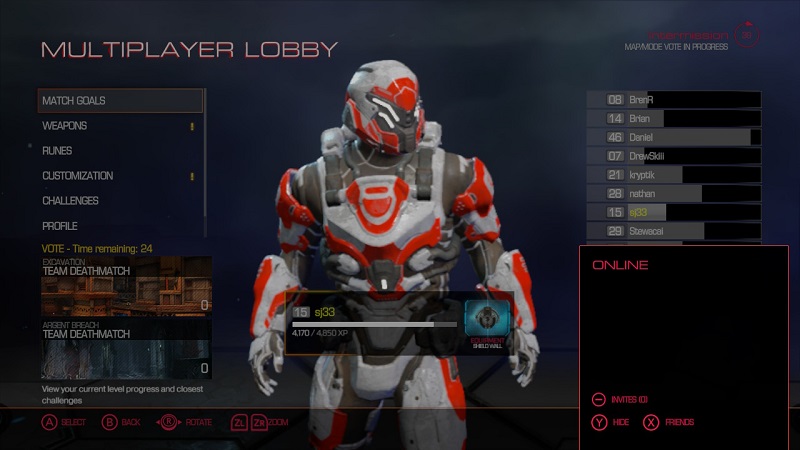 Inevitably, there are drawbacks to this port Firstly, while Doom on the Switch does stick to its target 30fps the majority of the time, the game will drop frames when there is plenty of action on the screen. Clearly Panic Button have attempted to avoid decreasing the graphical fidelity too much purely for the sake of a locked framerate so these dropped frames should be viewed in context of the fact that it looks so darn close to the PC game. Also, there seems to be a bug in the game’s gamma settings where lowering the gamma to the recommended level results in an overly-dark image. This is presumably due to the difference in gamma levels between the TV output and the Switch’s screen but as this game really should be played in portable mode players would be advised to stick to the default setting otherwise they will be left with an overly dark image. 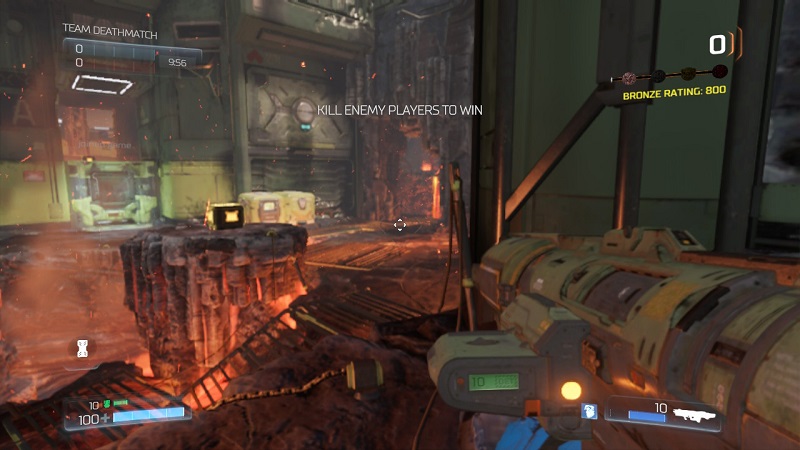 Punching Above its Weight

This is a hugely important release for the Switch. Questions have been asked about whether the hardware is capable of running current generation games in any capacity and Doom for the Switch answers that question with a decent implementation of a cutting-edge game. Those who primarily use their Switch in docked mode should stick to other versions of this game, but for portable play this is a fantastic achievement. Alongside their ports of Rocket League and Wolfenstein 2, Panic Button are developing a reputation for miracles similar to what Lobotomy Software achieved on the Saturn with their inspired ports of Duke Nukem 3D and Quake. This brilliant port throws down the gauntlet and raises the bar for what other developers should be achieving.