Developer Petroglyph, a team consisting mostly of old Westwood employees (you know, the people behind the Command and Conquer series) joined forces with Team17 to create a new style of RTS. One where personalisation is key and customisation is everything. Will this new alliance rise to past glory? The high adrenaline intro music promises a lot and gets me in a good mood from the get go!

On the game’s website, publisher Team17 promises the following:
“In Forged Battalion you will be tasked with building and customising your own unique faction as they fight in a variety of skirmish, solo, and multiplayer battles. You will not only be a commander,
but also an architect of war – with ultimate control over your faction’s units, factories, superweapons and economy”
However, “ultimate control” might be a bit overstated. When you start the game you see the familiar options; Campaign, Skirmish and Online. Last but not least, the unique aspect of Forged Battalion; the Faction builder. Soon in however, I quickly noticed the “architect of war” and “ultimate control over your units” parts that aren’t as unique as they promise to them to be.

Let’s start with the faction builder, since that is the big selling point and mainly what the game is about. In Forged Battalion, regardless of whether you’re playing campaign, skirmish or online, you earn research points. The faction builder consists of three tabs: the tech tree tab, the customization tab and the faction overview tab. The tech tree is the place where you spend your hard earned research points and where you can buy upgrades for your units and buildings. There are four basic template units: an infantry unit in an exosuit, a light vehicle, a heavy vehicle and a quadcopter. All of those can be upgraded at will to create your own unique faction that best suits your playstyle. However, you don’t earn research points quite fast enough, and because of it it seems you have to play a pretty long time without certain upgrades. For a game promising you full customisation, you basically play with the basic templates just a bit too long. It is however possible to unlock every upgrade in, so short of the time investment needed to unlock everything, you don’t have to worry that you will be missing out on things.

More on PressQuit:
– SpellForce III Review
– Where to start: The Legend of Zelda
– Videogames as Entertainment

On top of all the customisation options, Forged Battalion offers the possibility of naming your units. Even though superficial, this does add more personal feeling to your units. I was happy and proud seeing “Artillery Art” and “Tanky McTankface” fighting my battles for me! The ingame manual explains does a good job explaining how everything works. Because of this I would recommend starting with the faction builder directly when starting the game for the first time. 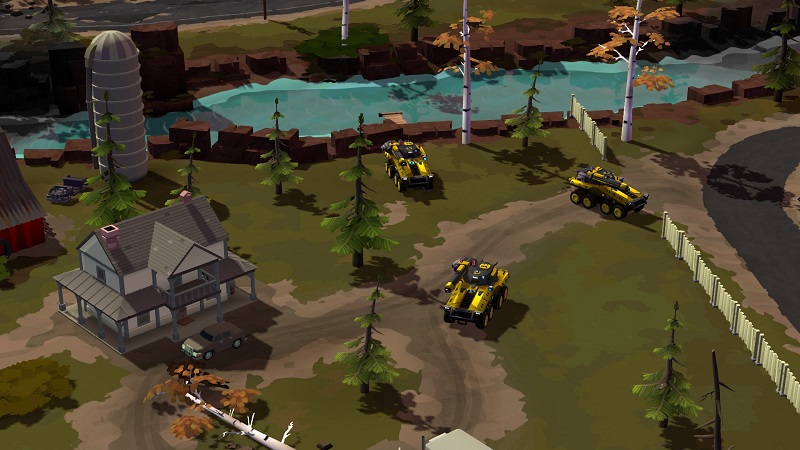 Then there’s the game-modes. They are pretty much cookie cutter RTS affair. There is a story, but it’s hardly interesting enough to mention.. You play Forged Battalion for fun and gameplay. It feels a bit like grinding for the research points at first, but then when you can finally buy upgrades for your units it definitely feels like you earned that upgrade.
During gameplay, I had the idea that I couldn’t see everything that I wanted. Not so much because of cluttered or chaotic gameplay, but due to the camera not being able to zoom out far enough. This caused more frustration that necessary in this day and age and is hopefully something to be patched in the future. Apart for the units in the faction builder, the graphics look nice and an outline of your units is clearly visible when they’re behind a wall or something similar. Depending on how you build your faction, it feels a lot like “whoever has the most units, wins”. That’s doesn’t always have to be a bad thing, but personally I would have preferred a more strategic approach. That’s something I really missed in Forged Battalion. 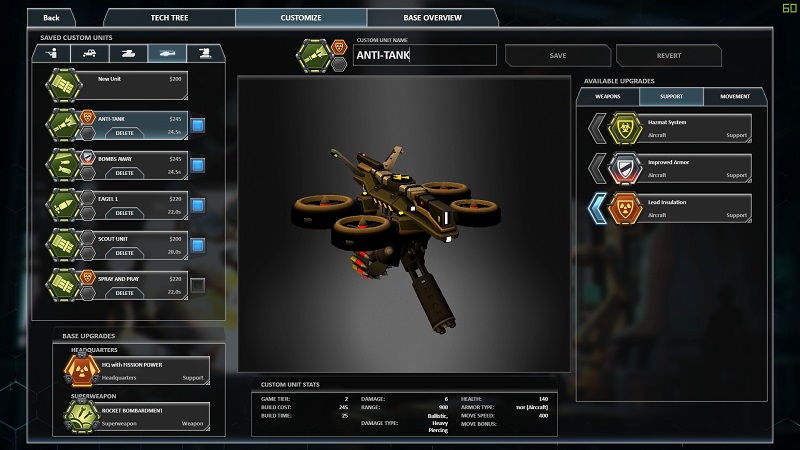 The faction builder is a nice touch, and it’s fun to see my own creations, but the lack of strategy and mediocre gameplay keep Forged Battalion from being able to stand tall with the bests of the genre. In the end I can say that I enjoyed playing Forged Battalion, but I don’t think I will be enjoying it for a long time. I will most likely play a few matches every now and then, if only to check on Tanky McTankface. Seeing it’s relatively low selling price, it might however still be an interesting diversion for the hardcore RTS players looking for something new and personal.

Job
Job has this great capability to make the worst jokes ever. Nevertheless he is quite hilarious and a true nerd at heart. He loves a good RPG and won’t shut up about Horizon: Zero Dawn. Feel free to bother him about this on Twitter.

Another update for Super Mario Maker