The release of the NES Mini was, as far as we’re concerned, the start of a bad trend still unbroken. A huge shortage of available consoles. We expect the Super Nintendo to be more attractive, not only banking on nostalgia, and thus in even higher demand. Take your chances if you will, we’ve got our SNES Mini already pre-ordered! 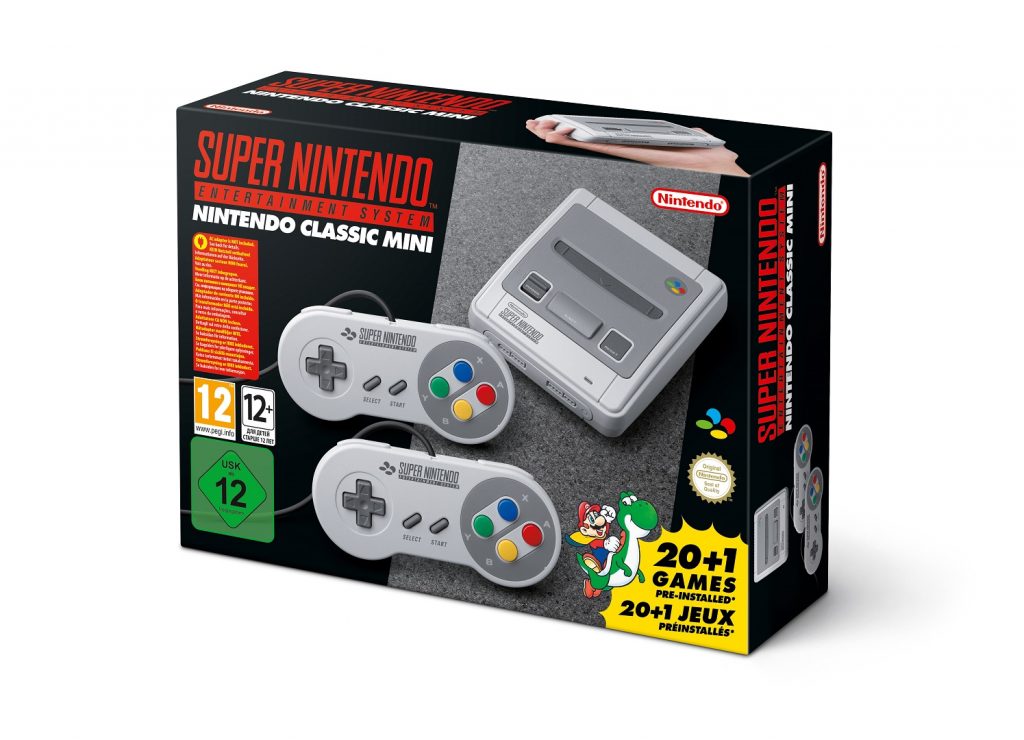 Back to the games! The Super Nintendo Mini will have 21 games available. 20 by default, and one, the never before released Starfox 2, as an unlockable. Strangely enough however, the official press release states: “The Super Nintendo Mini offers 21 games by default…”. Could this be hinting at a download, or even a cartridge function? or is it merely wishful thinking? Only time will tell..

The Super Nintendo Mini will release in Europe on September 29th!

And for the games; here is a full list of available games. Many of them pure gems and true classics of the time and ALL of them, very well worth your time!

Price is rumoured at $80,- US. Which usually translates to between €75,- and €85,- in mainland Europe and about £65,-ish. Note however, these prices are not confirmed by Nintendo at the time of writing.

In the upcoming weeks towards the (quickly nearing) release of the Super Nintendo Mini, we’ll be sure to add additional content about the system and the games right here on PressQuit.com and on our Twitter channel. So be sure to follow us on Twitter if you don’t already and check back on the website regularly. We hope you’re as excited as us, because:
Soon you’ll be playing with power.. SUPER power!