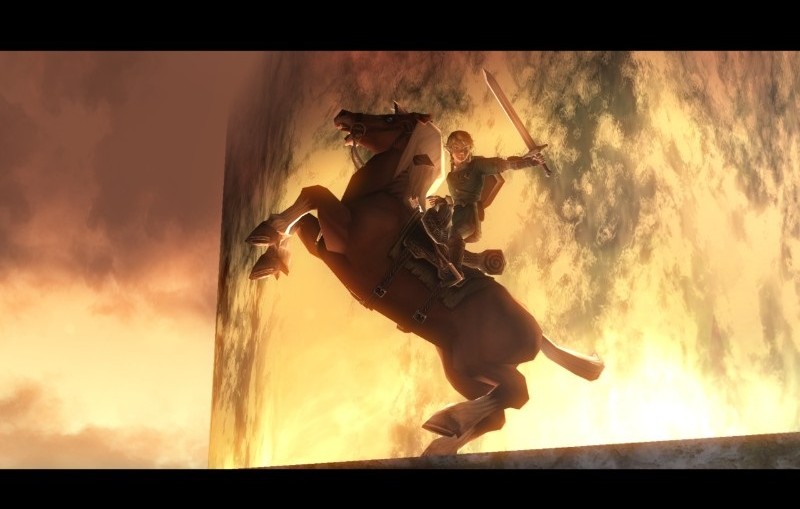 From the moment you start up The Legend of Zelda Twilight Princess HD, the visual upgrade is obvious. No matter how fond your memories of the original are and no matter what you expect, the resolution is so sharp you can cut yourself with it. But the obvious visual upgrade is not the only improvement Nintendo made to the original. Here are our favourite changes:

Not only boasting double damage and a very limited way to recover lost hearts. They also mirrored the world (similar to the Wii version). This is more disorienting then you might think at first. (Unless you mainly played said Wii version.)

Even though we love the little figurines, the things you can do with them in games is often limited and poorly implemented if you ask us. This game adds little bonuses with most Zelda-Amiibo, and with the new Wolf-Link Amiibo only a small challenge is added. No reason at all to buy them, but nice enough to satisfy if you do happen to own them!

This might not sound like much, but is really one of the bigger ones. In the original(s) you need to ask Midna to transform you. This takes only a few seconds, but if you have to switch multiple times in a short period, the new way manages to keep flow a lot better.

This is a big one for everybody who remembers the original. The climbing used to be so amazingly, mindbogglingly, annoyingly, bitterly and frustratingly slow.. and now it’s fixed!

Best of both worlds

Until the HD release you had to make a choice between the graphically superior version (Wii) or using a controller. not only is Twilight Princess HD obviously the graphically better version, they also pretty much perfected the use for motion control in a Zelda game. Which brings us to;

In the Wii version the motion controls were weak at best and horribly annoying at worse. Not only does Twilight Princess HD make use of what Nintendo used to call ‘Wii Motion Plus’, they also included an option to disable them altogether. (Even though you shouldn’t) The hybrid implementation we’ve seen before in The Wind Waker remake are back and smoother then ever! Aiming can be done by both using the controlstick and moving the gamepad. The latter especially lends itself greatly to finetune your aim or to switch targets in split seconds.

As mentioned above, you can choose to play the game on Hero mode and use the Ganondorf Amiibo. This effectively makes you take four times as much damage as usual. As falling into a pit does a full heart damage, expect an instant Game Over until you have your second Heart Container. Which, unless you know exactly where to go, is until after the second dungeon. A steep challenge indeed.

Is it enough to justify buying the game again and does the game still hold up to today’s standards? Read our mini-review of The Legend of Zelda, Twilight Princess to find out the answer. Check back on the main page or follow us on Facebook or Twitter to find out the moment it pops online!

How The Legend of Zelda, Twilight Princess HD improves on the original